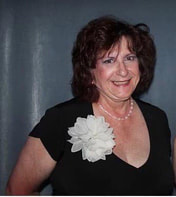 Linda L. Milburn Klink, 69, of Monroe Township died on Friday September 18, 2020 at Princeton Hospital. Born in Uniontown, Pennsylvania she was employed by Continental Airlines, Newark until retiring. An active member of the Rossmoor Community and the Community Church, she was a master bee keeper who enjoyed traveling. She was also an active member of the South Amboy St. Patrick’s Day Parade Committee.

Daughter of the late Arthur and Marlene Collier Milburn she is survived by her son and daughter-in-law Andrew and Stacey Klink of Houston, Texas; her brother Billy Milburn of Florida; her sisters Nancy Bianco and her husband Joe of New Jersey, Carol Milburn and her wife Raye of Wisconsin, Susan Medina and her husband Ed of Wisconsin, Faye Seeland of New Jersey and Doris Pennypacker of Florida and several nieces and nephews.

James "Jim" John Gillingham departed unexpectedly on March 1, 2020 at Jersey Shore Medical Center, Neptune. A lifelong resident of Edison, he was born in New Brunswick to John and Margaret (née Stadler) on July 26, 1948.

A graduate of Edison High School Class of 1966 he enlisted in the U. S. Navy and proudly served during the Vietnam war aboard the USS Enterprise and USS America. As a member of the USS Enterprise Assoc., he was able to keep in contact with many of his shipmates throughout the years.

Following his discharge in 1970 he enrolled in Middlesex County College where he became a 40+ year member of the ASM veterans fraternity resulting in a strong, continuing 50 year friendship with his "brothers" and their families.

A graduate of Middlesex County College and Rider University, he was employed in the construction field for over 43 years prior to working as a Repair/Activities Custodian at JP Stevens High School where he enjoyed his interactions with staff and students.

Always ready to lend a hand, he shared his skills and knowledge in various phases of construction with friends and family. He took great pride in helping and teaching his son and son-in law how to complete repairs and renovations to their homes.

Actively involved in his children's lives, he served as Scout Master of Boy Scout Troop 122 assisting many of his scouts, including his son, in obtaining the rank of Eagle. He was involved in Edison Boys Baseball, Edison Angels Softball and the Edison High School Band Parents Association. He was a member of the USS Enterprise Association, the American Legion of Toms Rivers, the Deutcher Club of Clark and the South Amboy St Patrick's Day Parade Committee.

An avid outdoorsman, he enjoyed hunting, fishing, boating and cutting the lawn, but his true joy came from spending time with his three small granddaughters.

He is predeceased by his parents John and Margaret.

He is survived by his wife of 45 years, Judith (née Schuster) and two children; son Brian and wife Alicia of Round Hill, Va and daughter Casey Faulhaber and husband Mark of Hamilton, NJ., and three granddaughters Kennedy, Piper and Hannah.

He will be greatly missed by all, but remembered for his generosity of time and knowledge, his laugh, his friendship, and the twinkle in his eyes when he smiled. He had the ability to strike up a friendly conversation with anyone, anywhere. But most of all, he will be missed for just being Jim.